Keep track of the happenings at Martin Engineering, industry news, success stories, and technical articles that can help you solve problems at your own facility.

Martin Motion, a robotics team made up of students from nine local high schools, recently competed at the FIRST (For Inspiration and Recognition of Science and Technology) Central Illinois Regional in Peoria as well as the Idaho FRC Regional in Nampa, Idaho. Winning the Engineering Inspiration Award in Idaho, Martin Motion earned a spot at the World Championship in Detroit, Michigan. 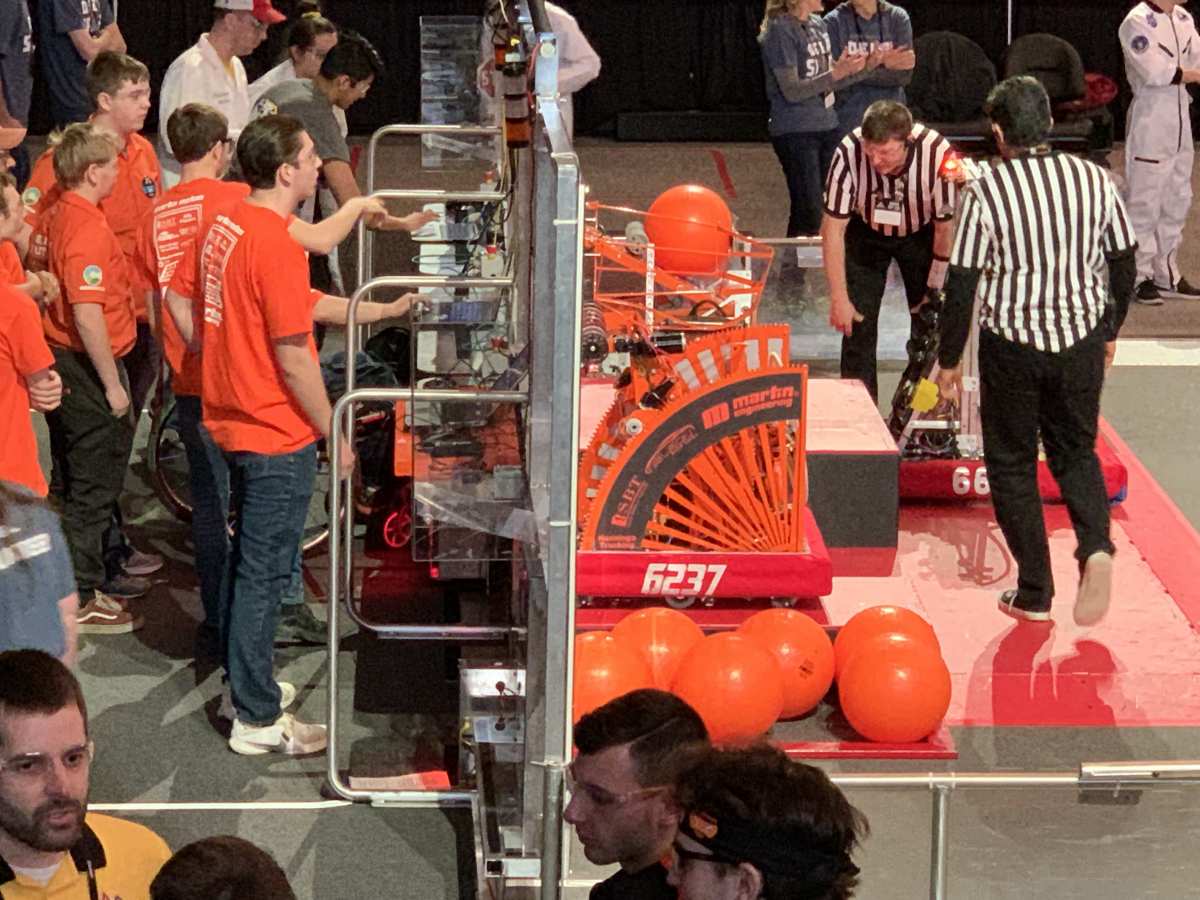 40 teams, some from as far as Canada and Turkey, competed at the Central Illinois Regional and Martin Motion finished with a rank of 11 and a record of 6-7-0 and served as captain of Alliance # 8. Being eliminated from the playoffs in the quarterfinals round, Martin Motion (Team # 6237) cheered on fellow robotics teams and was excited to win the Imagery Award in honor of Jack Kamen. This award celebrates attractiveness in engineering and outstanding visual aesthetic integration of machine and team appearance.

In Idaho, 27 teams attended, including a team from Mexico. Finishing with a ranking of 9 and a record of 7-5-0 and serving as captain of Alliance # 6, Martin Motion’s robot suffered a competition-ending electrical failure just minutes prior to the start of their playoff match which caused the team to withdraw from the competition and select a substitute to compete in its place. Team # 6237 ended up being eliminated from the playoffs but due to winning such a prestigious award, the Engineering Inspiration Award, Martin Motion advanced to the World Championship which will take place April 24-27. The Engineering Inspiration award recognizes outstanding success in advancing respect and appreciation for engineering within a team’s school or organization and community. Adding to the excitement of the impending World Championship, Martin Motion’s trip will be sponsored by NASA who will pay for the team’s registration fee! This will be Martin Motion’s second consecutive trip to the FIRST Championship event in its four years of existence.

Students from Alwood, Annawan, Bureau Valley, Cambridge, Galva, Geneseo, Kewanee, Stark County, and Wethersfield make up Martin Motion – Team # 6237. Martin Engineering is a proud sponsor of Martin Motion and enjoys providing opportunities for students to learn more about STEM (Science, Technology, Engineering, and Mathematics). Martin Engineering, founded in 1944, is a family-owned business located in Neponset, Illinois that has patented hundreds of products to make the handling of bulk materials cleaner, safer, and more productive. By helping to inspire students and ignite these academic principles, Martin hopes to see an increase in youth pursuing careers in STEM-related fields. 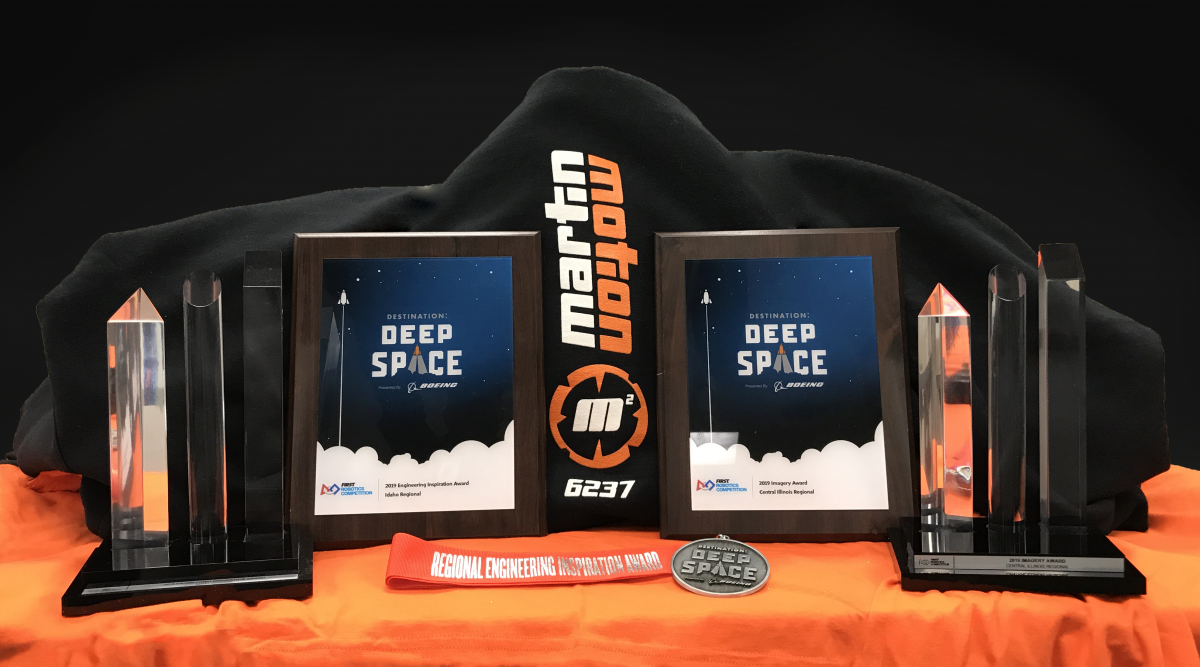 In addition to focusing on STEM, the robotics program encourages socialization among students from several area schools as well as robotics teams all across the world. FIRST Robotics provides an outlet and opportunities to socialize with people with similar interests that they wouldn’t normally cross paths with.

If interested in learning more about or supporting this worthwhile cause, please email: sethm@martin-eng.com.

Wait! Consider Our Free Expert Assistance For Any Technical Decisions...
9 out of 10 customers benefit from our expert advice. We highly suggest you take advantage of this Free Assistance to ensure proper product selection and consideration of all components needed to solve your problem. Use the contact options below to get started!
Request Assistance
Live Chat Live Chat with Technician
Find Rep Find Representative
Call Us Today 800-544-2947